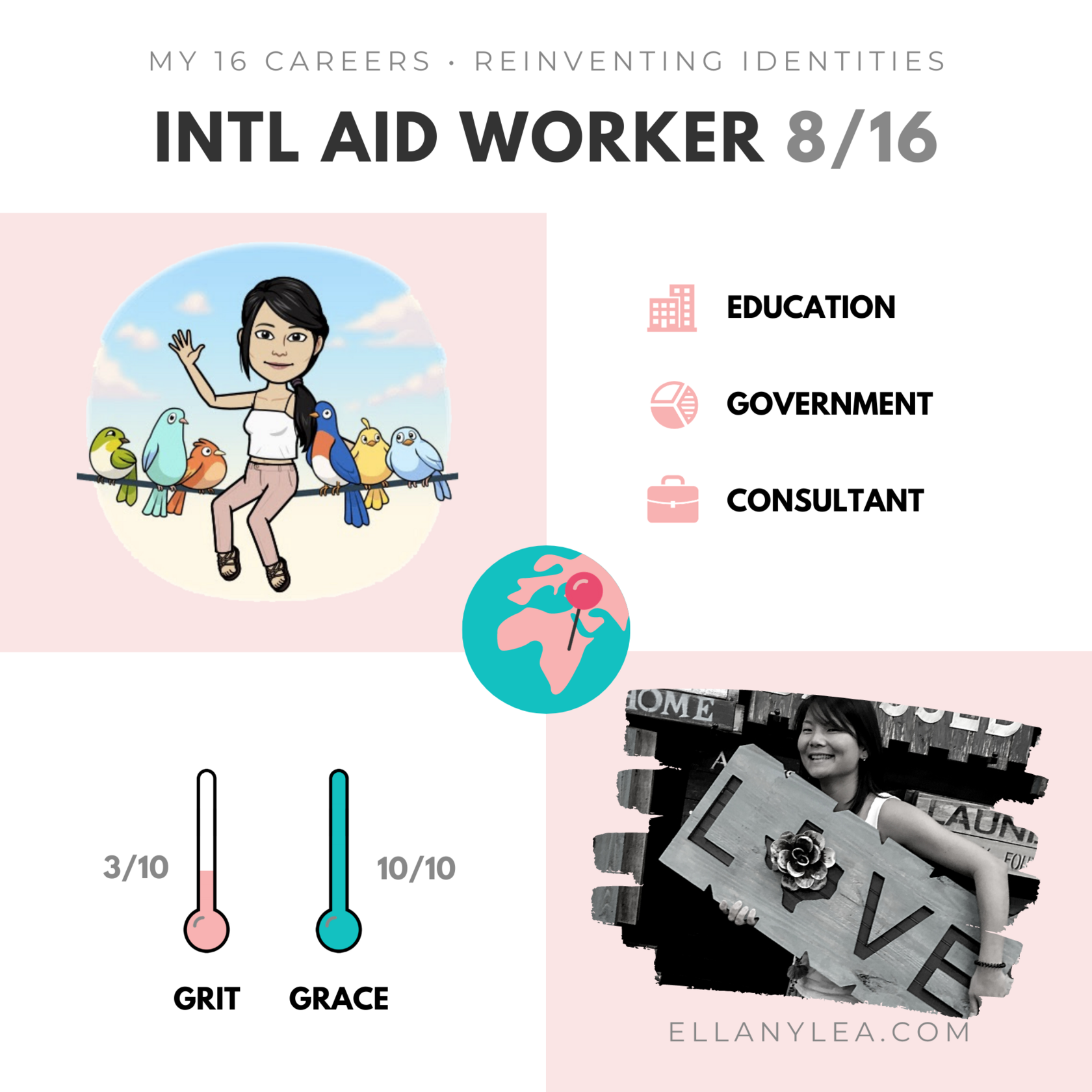 By now, re-invention no. 8, I fully accepted that S.T.E.M. had "failed" me. I accepted sunken cost. At this point, I figured I'd just throw spaghetti at the wall. I mean, it can't get any worse, can it?

In the sludge of excess cortisol, adrenaline, chemical depression, terror and shame coursing through my veins, a mentor, whom I met 6 years prior, called me out of the blue. Of course, in retrospect, it wasn't out of the blue, or random coincidence. She called out of intricate, invisible, interconnected playing out of grace.

As we reminisced about the good old days, she helped me remember a time of laughter, team spirit, creativity, adventure, play and fulfilling work. She suggested I visit another mentor-friend of ours, now living in the mountains.

Though money was super, super, super tight, I found myself floating onto the computer, bypassing all sense of budget and rationality, buying a plane ticket and heading to those mountains. Spending those precious days in the crisp air with my mentor, who reminded me of my glory, re-ignited a dead flame within me.

I went home, did a comprehensive inventory of my language proficiencies, overseas experiences, and leadership skills. And for the first time in my life, I followed my heart and gave myself permission to choose a "doing good" career. Not for the money, but because I wanted to do good. Period.

That's how I ended up as an international aid worker. Who knew?!? So many intricate plot twists and crossroads that all lead to this point... which would lead to 8 more identity re-inventions, which I'm super duper glad I didn't know about or I may called it quits on life.

When I scoured the world wide web for international positions with aid organizations, I stumbled upon one 3 days before the application deadline. I met every criteria, including age limit (under 30), being trilingual and having a rare trio of tech, e-learning and leadership skills. Just 3 days before the deadline, what were the chances?!?

The day right after the deadline, I got a call for an interview. The following weekend, I had an in-person screening. And 8 days later I was being flown across the country to the last orientation of the year. I breezed through the entire selection process.

Even police checks, vaccinations, insurance, and paperwork came through so quickly that the officers working at each location commented, "Woah, this document is never ready this fast" or "Wow, this appointment is never available on such short notice."

A month and a half later, I was on a 35hr flight from Vancouver to London to Nairobi (Kenya) to Bujumbura (Burundi) to Kigali, Rwanda. I'd be managing a team of 4, bridging education between the Western world and East Africa. Was there anything more rewarding than empowerment through education? I think no.

Until this point, I had always, ALWAYS done what was demanded and expected of me. I never complained. I never even knew I had the right to complain until that "big sister's" loving intervention.

I couldn't believe how exquisite it felt to follow my heart into a profession of my free will, free choice. I met some kindred free spirits while living there. I was in awe at how generous, warm, and inviting women there were. They took such great care of me. I had a 3 bedroom house and fun visits from colleagues when they came into the capital.

But I let it all go. It broke my heart, because that's what I used to chose this identity in the first place. I cared soooooo much about capacity building and sustainable change, but no one else on my local team did.

It was challenging to teach and train a team on e-learning when we often didn't have electricity. Or more specifically, we had electricity, but no one designated to turn on the generator. And when I suggested we assign someone, knowing very well I couldn't volunteer myself because once I leave the system will break down again, I basically told to shut up and sit down.

On days when we did have power, I wrangled my colleagues for an hour training. And they spent the rest of the day watching episodes of American TV shows on the Ministry of Education computers. Ugh, so depressing. Months passed, nothing changed.

Living without running water, electricity, nor refrigeration was cute for a while. You know, I read by candle light and slept with the natural rhythm of the sun. But I just couldn't bare to watch my heart of service and legitimate talents atrophy like this.

So I ended the contract a month early. That month would have made any difference, other than prolonging my own suffering. And I am no good, no use to anyone in a perpetual state of suffering.

Daily agony of watching my talents go to waste

Fear of not actualizing my fullest potential (which I'd discover 9 years later is a fear shared by every founder, overachiever, gifted adult and awakened human)

Suffocated by bureaucracy and broken systems, powerless and unable to be of service or make a lasting contribution to society

Fear of my peers in the field think that I abandoned them, that I'm disloyal

Gargantuan self-doubt: For the first time ever, I followed my heart and it so did not work out. How can I ever trust it again?

Falling prey to the Mother Theresa syndrome, ie the false narrative that I have to be poor to do good

Courage to speak up, end the contract, and not waste international funds on keeping me on staff when there is no growth potential here

You walked away from lucrative, legitimate, grown-up careers, with stable paychecks? You are certifiably insane.

How dare you abandoning us to trot off to Africa?!? (as if Africa was the pits of humanity, my holy god critics are effin' mean!!!)

Who will be your parents' ATM now? Who will pay their mortgage? Who will be their retirement savings account?

(When I left this career)

Now look at you, you're as black as those Africans! [I swear, the critics are vicious with their unawakened souls!]

See, we told you it wouldn't work out.

You should have just stayed at your 9-5 job.

Why do you always have to be different?!?

I could not understand, for the life of me, how a path that seemed so destined, paved with serendipitous timing, ease and flow which I had never known before, with green light after green light lite for me, would turn out not to be my path... That question baffled me and shook me to my core.

Perhaps it was the earthquake I needed to yank me out of a 9-month long silent depression. Perhaps it was meant to seed in me the knowing that no matter where I go, sisterhood would be there to embrace me. Perhaps it was divinely perfect and destined for that time at that place in my life.

It was 3 hazy months later, when I landed a dream job in NYC, that I realized how much this role legitimized and catapulted my professional identity from undergraduate student to  manager in less than half a year.

(As an engineer, I would have had to wait 4 years for my professional accreditation, then who knows how many more for a managerial position. But here, it was less than 6 months for this fast-track to manager title.)

My heart was not wrong. My heart hadn't fail me. I could trust my heart. It was just that not enough time had passed for me to see the fruits of that faith in myself. I also didn't yet have the consciousness to see the bigger picture of the organic unfolding of my life.

My greatest lesson and takeaway is realizing that there is no such thing as one single, perfect, forever destiny. Destiny is not a destination. It is a spiral shaped journey into a singular infinity. Each experience is temporary and perfect for that time, place and version of me, whether I like it or not, lol!

And every experience is a point on that spiral, a journey with no end. Oh, you mean there's no finish line? There is no end?!? Who knew...

I so wanted to be a bridge and a voice for the "Third World" and create lasting change through capacity building, so that together we can all rise up from the hand that we were dealt into a better future.

It'd be another 13 years before I fully comprehended the nature of our soul, which is to express itself organically, regardless of egoic control. It wasn't up to me to save or bridge the world. My soul expressed itself as it expressed itself, regardless of my intentions, through the Sacred Brand Archetypes of Humanitarian (primary) and Heroine (secondary). Ooooooh, the Heroine, that's a new one that has never appeared before! Who knew?!? 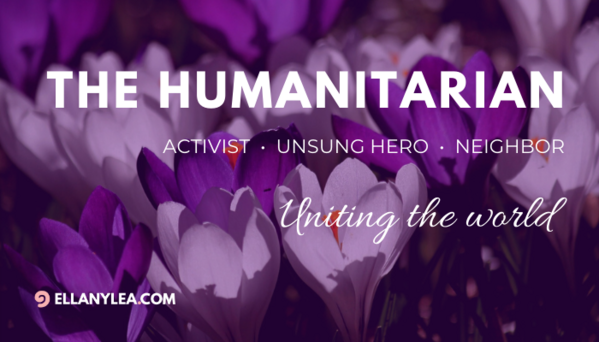