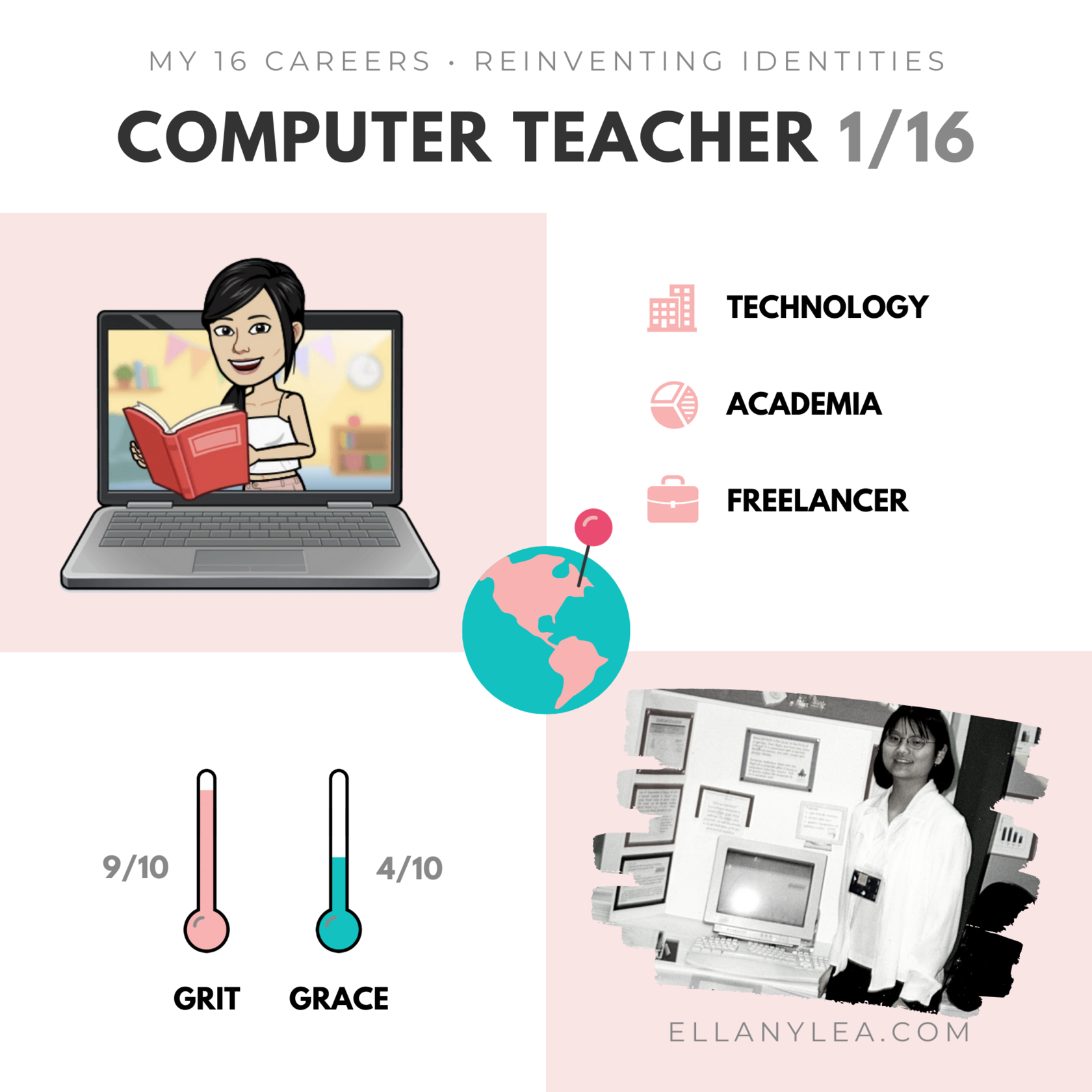 As far back as I can remember, all I've ever wanted was to get out. Out of what? I didn't know, I couldn't name. But examining with a fine tooth comb my 16 career identities and re-inventions, I now recognize the one constant yearning of my life, "I just want to be free."

I don't know about other galaxies, but here on Earth, navigating identity crisis, non-conformity and freedom is hard AF. It requires a soul with stamina. As Maya Angelou said about freedom and belonging, "The price is high. The reward is great."

You are only free when you realize you belong no place- you belong every place- no place at all. The price is high. The reward is great.
– Maya Angelou

My grandparents fled communist China to Taiwan. My Taiwanese parents immigrated to Canada. And I was born and grew up in Canada as a banana: yellow on the outside, white on the inside. But unlike my white friends, I was only given four career choices: doctor, lawyer, finance, or failure. In other words, money, money, money or failure. You choose. Because my dad was an engineer, I was given some leeway: doctor, lawyer, engineer, or failure.

How did I survive the Chinese "shame upon the family!!" when so many of my 16 career identities fell under the "failure" category? How did I land jobs and start businesses that I couldn't even dream up. Why did I quit jobs and close businesses that others only dream of having?

I share these stories of re-invention with you as an attempt to answer those questions. Each career identity features:

I also scored each career and identity re-invention with:

May these stories inspire you to make brave leaps of faith, examine your choices with awe, and surrender to the unfolding of your unique path.

In the 6th grade, 3 students were chosen to take an entrance exam for a "douance" (translated from French: gifted) secondary school. I was the 4th on that list. I remember going home and telling my mom how strange it was that they chose Caroline as the 3rd student. My grades were way better than hers. After 3 minutes of venting, I forgot all about. And I never thought about it again.

I went to the local secondary school. My parents got concerned when they never saw me study or do homework, but I'd come home with straight A's and lots of awards. I told them all about the errors in our textbooks and how I didn't want to embarrass the teachers by pointing out their numerous mistakes. My then bestfriend's parents were equally concerned and switched her to a private school.

I begged my parents to send me to private school as well. As grace would have it, the school offered computer programming classes. I scored 129% on my final project! So my high school hired me to teach computer classes to their elementary school students

When my bestfriend got accepted to private school, something took over me. I took out a notebook, made a giant grid (pre-Excel spreadsheet) and called the 14 private schools in my city to ask about tuition fees, curriculum, cost of uniform, etc. I even had columns for distance from home, bus routes, transit time, etc. Hehehe. So nerdy!

I knew we didn't have the money to pay for private school, but I also knew that I could work like an ox and pay back my parents, for the rest of my life if that's what it took. By the time I made those phone calls, I had missed most of the entrance exam windows. Aside from my stellar report card, I don't know how I convinced the school to setup a 1-on-1 exam / interview just for me. And what were the chances that they even had space available? Did someone back out last minute? Who is that someone? But I got in!

It was already rare for a school to offer computer programming classes. It was even rarer to hire a student to teach a computer class! I didn't even apply for the job, no one did. I was just called into the principal's office and offered the job at a time when IT was booming. I could have quit school and started a very lucrative IT business from my parents' garage.

But I let it all go. Even though I fully embodied the tech geek identity, after two academic years of teaching, I knew the difference between tinkering in tech, which I adored, and teaching tech, which I did not. It was especially demotivating to teach kids who were only there because their parents paid for it. It'd be another 18 years until I learned that discernment is a superpower!

I don't remember having any fear (either I didn't have any, or I did but couldn't actually feel the fear due to trauma "freeze")

I was constantly bullied and gaslighted during secondary school for being too smart and pulling up the class average (that's an entirely separate blog post on smart shaming, it's a real thing!)

I think I was too young to be aware of the gargantuan sky that had been placed on my teeny tiny shoulders...

Anytime I dared to take a different path, I was feathered and tarred by the critics. This first career identity was the only exception, because I was too invisible to attract any criticism. I did very well in abiding by my culture's rule of "Children should be not seen and not heard." If you didn't exist at all, that would be even more ideal.

Just start. Start from wherever you are.

Because I went to French school all my life, I had never heard of the term "gifted." It never even occurred to me to look up the translation of "douance" into English or Mandarin. I just assumed it meant "special" school. It would be 21 years later, while coaching a client who wondered if she was gifted/autistic, that I'd cross paths with giftedness in general, in adults, and in myself.

I even took a test where the passing score for gifted was 132. Guess what I scored? Hehehe, 131, of course. It'd be another 1.5 years after that before I recognized that most of my clients exhibited classic strengths and struggles of a gifted adult. Who knew?!?

Never did I ever imagine that creating my first IT curriculum for elementary students would lead me to creating a signature Unleash Your Masterclass program for founders / overachievers / gifted adults, 23 years later. The content and audience were drastically different, but the thoughtful preparation and caring presence was exactly the same. Just 23 years later!!

All of this can be retraced back to the gumption of a little 13 year old to picked up the phone and convinced her school to setup a 1-on-1 entrance exam just for her. To me, gumption is just one notch below courage. I don't know if we are all born with courage, though it can be learned. But I am certain we are all born with gumption, which then is sadly hacked down, witch burned, and crucified out of us. Sigh. :(

So my greatest lesson and takeaway from this career identity is two-fold:

Just because you can, doesn't mean you should.
– Ellany Lea

Even as a teenager, I was a trustworthy teacher, always prepared curriculum in advance, and nurtured my students with loving patience and customized care.

It'd be another 23 years before I fully comprehended the nature of our soul, which is to express itself organically, regardless of egoic control. Here, my soul expressed itself through the Sacred Brand Archetypes of Sage (primary) and Nurturer (secondary). Who knew?!? 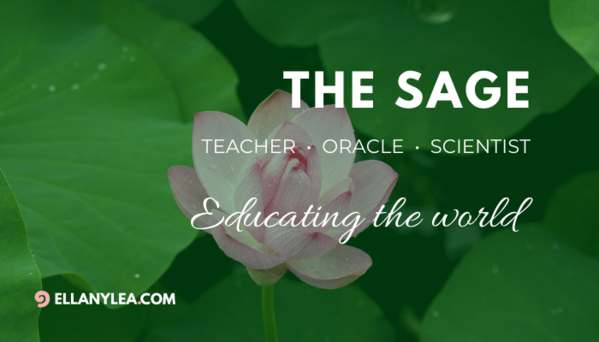 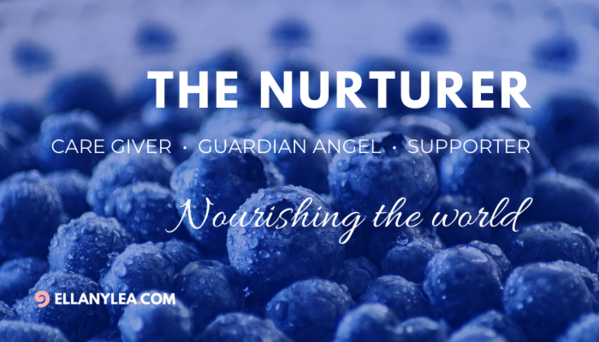